Frankfurt and Ingelheim, Germany – 08 June 2020 – Almost twenty years after deciphering the human genome, our understanding of human disease is still far from complete. One of the most powerful and versatile tools to better understand biology and disease-relevant processes is the use of well-characterized small chemical modulators of protein function. The new EUbOPEN consortium aims to develop high quality chemical tool compounds for 1,000 proteins (one third of the druggable proteins in the human body). It will enable unencumbered access to these research tools, thereby empowering academia and industry alike to explore disease biology and unlock the discovery of new drug targets and treatments.

To interfere with the function of a protein in any given cell type, scientists need small chemical tools that affect the studied protein as specifically as possible, thereby avoiding unintended effects on other proteins. Therefore, there is an urgent need for selective and well-characterized chemical modulators for basic and applied research. Ideally, such tools would be available for every human protein. Moreover, these chemical modulators should be available to all researchers without restrictions on use, thus providing scientists with tools to better understand understudied proteins, thereby discovering possible links to disease.

The generation and dissemination of such high-quality and well-characterized research tools for a substantial fraction of the druggable human genome are the major goals of the newly formed public-private partnership “Enabling and Unlocking biology in the OPEN” (EUbOPEN). This large consortium was launched on 1 May 2020, with a total budget of 65.8 million euros covered by a grant from the Innovative Medicines Initiative (IMI) and cash/in-kind contributions from EFPIA companies and IMI Associated Partners and contributions from partners outside of Europe.

‘By the end of the project, we will have created the largest and most deeply characterised collection of chemical modulators of protein function that is openly available. The chemical tool sets and associated data will be a tremendous resource for academic science leading to the discovery of new biology and of novel disease modulating targets for the development of new medicines’, adds Coordinator Stefan Knapp, Goethe University Frankfurt.

EUbOPEN will develop these compounds using new technologies and test them in well-characterized, disease-relevant human tissue assays in the areas of immunology, oncology and neuroscience. The project outputs, including chemogenomic library sets, chemical probes, assay protocols and associated research data will be made openly available to the research community without restriction.

The EUbOPEN project will form the foundation for future global efforts to generate chemical modulators for the entire druggable proteome and the developed new technologies will significantly shorten the lead optimization processes. The sustainability of the resources the project will be ensured through many partnerships for example with chemical vendors and biotech companies as well as online database providers. 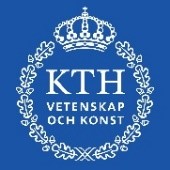 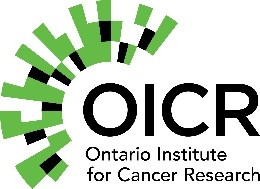 Goethe University is a research-oriented university in the European financial centre Frankfurt am Main. The university was founded in 1914 through private funding, primarily from Jewish sponsors, and has since produced pioneering achievements in the areas of social sciences, sociology and economics, medicine, quantum physics, brain research, and labour law. It gained a unique level of autonomy on 1 January 2008 by returning to its historic roots as a "foundation university". Today, it is one of the three largest universities in Germany. Together with the Technical University of Darmstadt and the University of Mainz, it is a partner in the inter-state strategic Rhine-Main University Alliance. Internet: www.uni-frankfurt.de

Making new and better medicines for humans and animals is at the heart of what we do. Our mission is to create breakthrough therapies that change lives. Since its founding in 1885, Boehringer Ingelheim is independent and family-owned. We have the freedom to pursue our long-term vision, looking ahead to identify the health challenges of the future and targeting those areas of need where we can do the most good.

As a world-leading, research-driven pharmaceutical company, more than 51,000 employees create value through innovation daily for our three business areas: Human Pharma, Animal Health, and Biopharmaceutical Contract Manufacturing. In 2019, Boehringer Ingelheim achieved net sales of 19 billion euros. Our significant investment of almost 3.5 billion euros in R&D drives innovation, enabling the next generation of medicines that save lives and improve quality of life.

We realize more scientific opportunities by embracing the power of partnership and diversity of experts across the life-science community. By working together, we accelerate the delivery of the next medical breakthrough that will transform the lives of patients now, and in generations to come.

The IMI is Europe's largest public-private initiative aiming to speed up the development of better and safer medicines for patients. IMI supports collaborative research projects and builds networks of industrial and academic experts in order to boost pharmaceutical innovation in Europe. IMI is a joint undertaking between the European Union and the European Federation of Pharmaceutical Industries and Associations (EFPIA).

This communication reflects the views of the authors and neither IMI nor the European Union, EFPIA or any Associated Partners are liable for any use that may be made of the information contained herein.